Why was Australia so great? This is a question I get asked all the time after raving about my golden years living down under. However, as time has passed I felt as though I lost the answer to this question. I’d usually shrug it off and just say something like “it’s just the best, I’d go back in a heartbeat.”

After spending time in Sydney over the past few weeks I felt as though all the memories came flooding back. First of all, Australia is one of the cleanest countries I have ever seen. It is rare to see garbage or should I say “rubbish” on the beach. Every night there are people cleaning the streets, I mean actually washing the road and picking up garbage.

While walking to the grocery store we saw a citizen confront another man for dumping a bag of garbage out of his car on the side of the road. This made me happy to see people caring about the place which they live. Each time I see someone litter it makes my heart ache. How can people not realize that Earth is our home, our ONLY home. There is no plan B.

Another aspect of Australia that makes it a pleasant place to visit is the incredibly laid back culture. They truly have a great sense of work-life balance! Stores don’t necessarily have set hours and they love putting the “back in 5” signs up. They also get paid more to work on weekends and have more paid vacation days than we do in Canada. This is something I believe to be incredibly beneficial for our mental health. If your employees have more time off, they are more beneficial to you when they are at work!

Australians are also extremely friendly. No matter where we went we were constantly being approached by friendly citizens asking us where we are from. One of my favourite days over this visit was when a girlfriend and I rented some stand up paddle boards. The friendly gentlemen closed up his shop, put our boards in his car and drove us to the beach which we wanted to SUP at. How crazy is that? This is something that would NEVER happen in Canada. 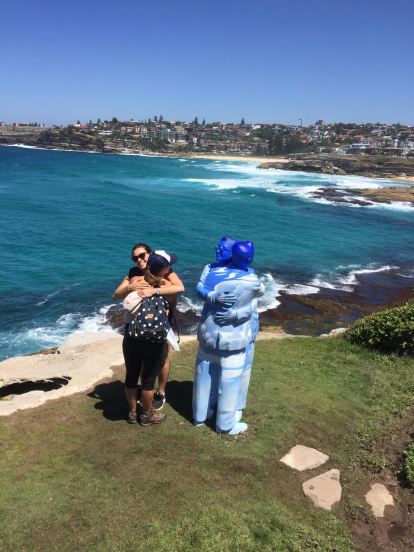 While Australia has always been on a pedestal in my life, I must say it came crashing down during this visit. With “VOTE YES” or “VOTE NO” written all over the country, I asked what this was regarding. The answer? Same sex marriages. I was honestly shocked to hear that this is not currently legal in Australia. Not only is it not legal, but it is also now the cause for 100’s of millions of dollars of government campaigning.  I’m sorry, what!? I think there are FAR bigger issues in the world that could use some government funding and the worse part is, every commercial I saw on television was campaigning to vote no!

How is it that in 2017 one of the most laid back cultures are honestly debating over this? Canada legalized same sex marriages in 2005. Why are you so behind, Australia? I mean seriously, even several states in America have legalized it and I think that alone shows just how far behind you are.

I find it hard picturing a time when this wasn’t allowed considering I was still in elementary school when same sex marriages were legalized in Canada. However, I do remember my mom explaining to me that as a reverend, she had decided to be a minister for same sex marriages and she went on to tell me we may lose some family friends because of this. I truly couldn’t understand why. Love is love. It’s so simple to me.

It’s just as simple now as it was then.  I am blown away by the fact that we are sitting here in 2017, over a decade later.. Wasting government resources on a postal survey (not even emailing.. Real paper and stamp mailing) to see what the people of Australia vote. The kicker part is that at the end of the day, the opinion of the country really doesn’t even matter in the end because the political parties still have the end say despite what the country wants.

As I said, Australians are always so laid back… I think this is why it is so shocking to me that this is an actual debate in this country. What happened to “No dramas mate”.

Australia will always hold a part of my heart, but right now, I feel as though you should get your shit together and let people live the life they’ve chosen.

Since this nonsense is an actual paid and government funded debate. VOTE YES and move onto more pressing matters. Like perhaps people starving on the streets, preventing WWIII, and reducing crime.

Cassidy is a Certified Holistic Health Coach (IIN) and Culinary Nutrition Expert (ACN) who has a passion for teaching. Cassidy struggled with PMS, depression, self sabotage, self worth and eating disorders for years. After discovering the influence diet, nutrition and life style has on both your mental and physical health, Cassidy made it HER MISSION to help women find their self worth and break free from self-sabotage so that they can live a VIBRANT, HEALTHY LIFE. View more posts